Family_find_relatives is an extension of the Family activity which is aimed at providing a bit more challenge for someone who has already finished the family activity. The goal of this activity is: given a relation, the user will have to select a pair of node that correctly represents the given relation.

But on closer look, it can be seen that this approach is flawed. It may be possible that there are more than one existing pairs which satisfy the given relation and whose state may be “deactive”. 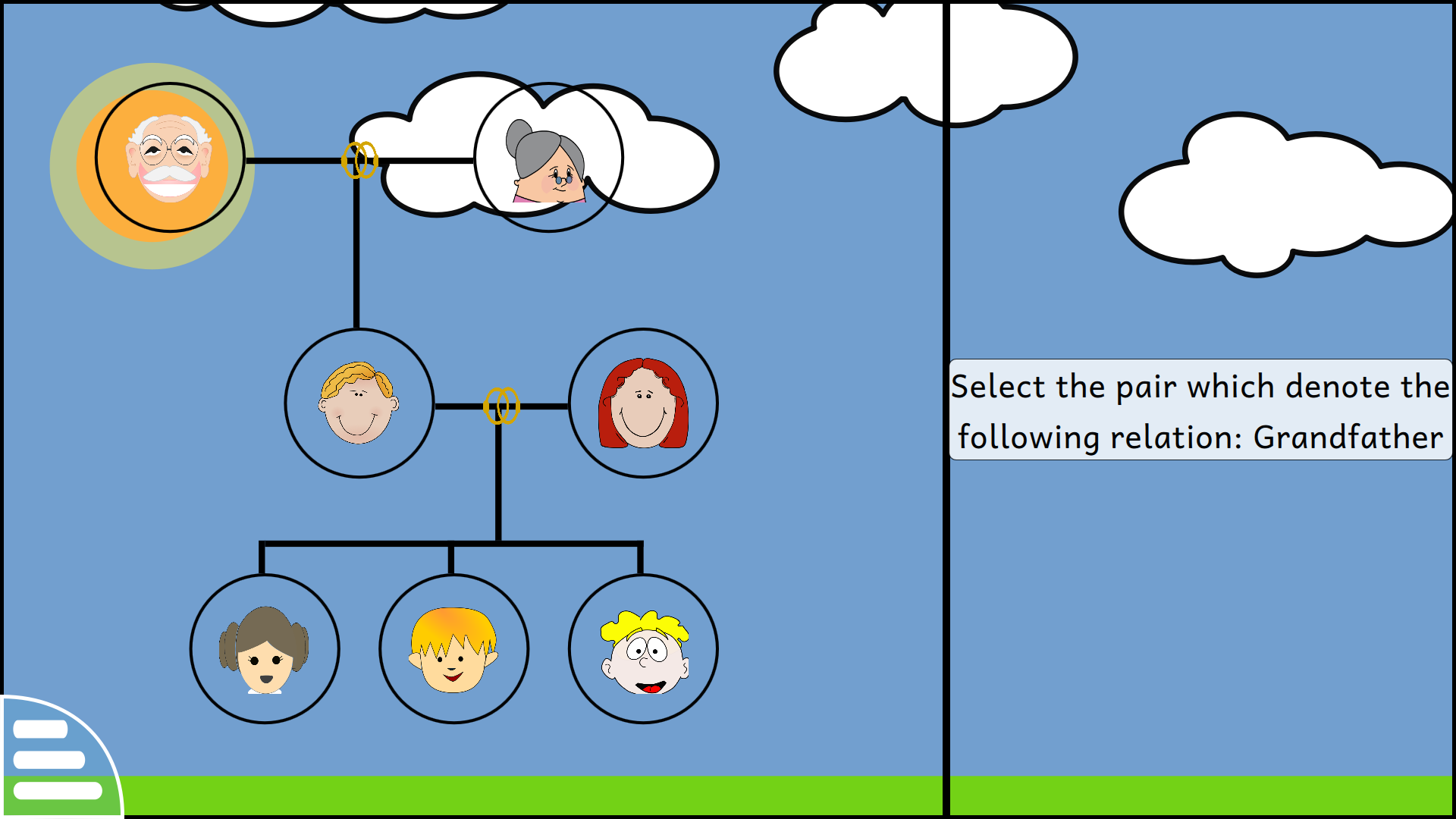 There are three pairs which can satisfy the given relation

To overcome the above problem, we add another property for every node in the current level.

We add the above properties in the Dataset.qml file, to keep a track of which nodes can take part in the pairing process, using the following logic:

After testing the activity several times, it was noticed that the activity gets predictable once the original family activity is already played by the user. To overcome this, we decided to shuffle the levels everytime the activity is loaded. This is implemented by:

shuffledIndex[] contains the indices of the levels and when we have to load data from a dataset, we do it by:

As a result, the levels will get shuffled to a new combination everytime the activity is started.